A while ago i had started on a figure study. It wasn't the best, the head was poor at the time, and I ended up stopping. I had decided to go back to it after sculpting a decent head for a separate piece. I took the time i could to study the feet, knees, pelvic area, as those were areas that always seemed a bit lacking to me.

It was sculpted in relaxed pose. Afterwards, it was posed the the details and deformations of the muscles and fat for the pose were added.

The head is separate from the body to keep the details in both, because of ZBrushcore limitations. 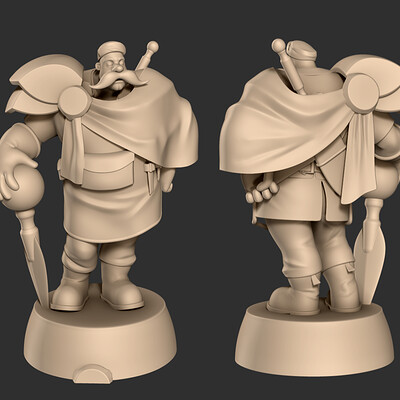